Cyberthreats are only becoming more prevalent in our digital world, and the risks posed by these threats are concerning for both individuals and organizations alike.

Computer-related attacks are increasingly the cause of critical data loss for SMBs, costing companies money that could have been saved had proper security measures been put in place.

The nature of these attacks varies from data theft, data corruption, or data encryption (i.e., ransomware).

However, people have reported mixed feelings about the efficacy of Windows’s default antivirus program and have questioned whether they should turn to third-party alternatives.

Is Microsoft Defender good enough to protect small to medium businesses such as yours? In short, yes, but there’s more to this story that we think you should consider.

By the end of this article, you’ll have explored Microsoft Defender antivirus enough to have a solid understanding of its capabilities, why it isn’t quite enough, and what alternatives we recommend you consider for your business.

The Unnerving Growth of CyberCrime 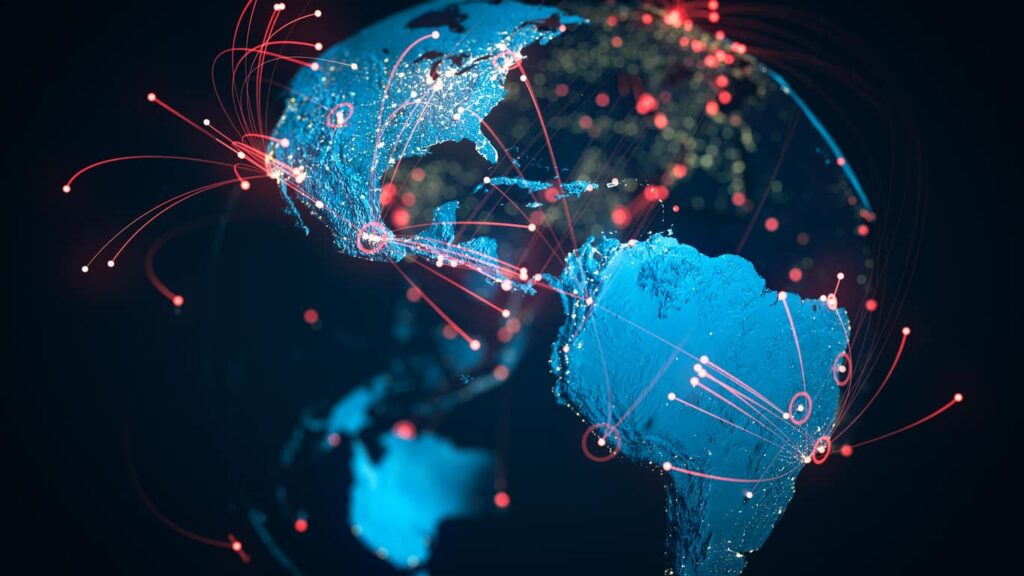 To give proper context to the dangers of cybercrime, consider that, in 2020, global losses from cybercrime rose to almost 1 trillion dollars.

Had more organizations been better prepared to defend against cyberthreats, global losses would have been much lower, but most business owners simply don’t imagine getting hit by an attack until it does.

The number of cybercrime incidents was exceptionally high in 2020 due to the large-scale transition to remote work, which created the perfect storm for cybercriminals because most employees were unaware of cybersecurity best practices.

As a result, most personal remote workspaces were left unprotected. Devices that had Microsoft Defender had at least one-line of defense; to find out why it wasn’t enough, read on.

What Microsoft Defender Is and Does 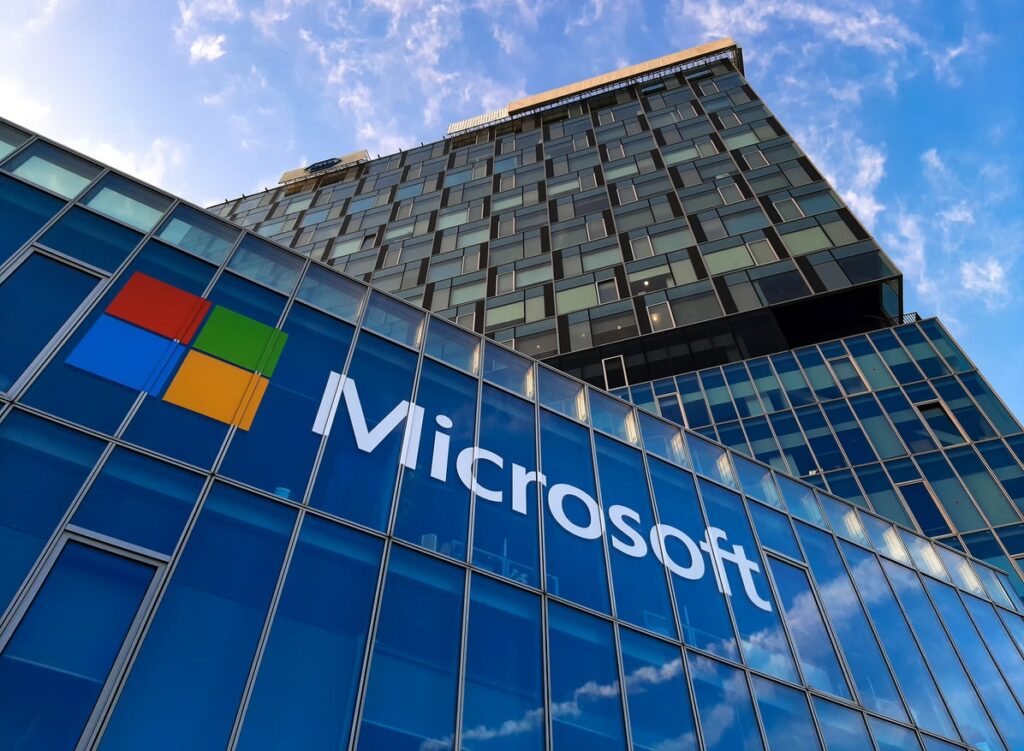 Microsoft goes on to describe Microsoft Defender’s capabilities, such as:

All of this is to say that Microsoft Defender is expertly designed to protect Windows Devices from malware and other common cyber threats. Back in the day, it was just a simple anti-spyware tool built for Windows XP, Vista, and Windows 7.

Those days are long gone, and since then, it’s been upgraded into a complete antivirus program.

Microsoft Defender is great at protecting your computer from traditional viruses or Trojan Horses, similar to any standard antivirus. However, like other standard antivirus programs, it’s not sufficient to defend against more advanced malware and ransomware attacks. 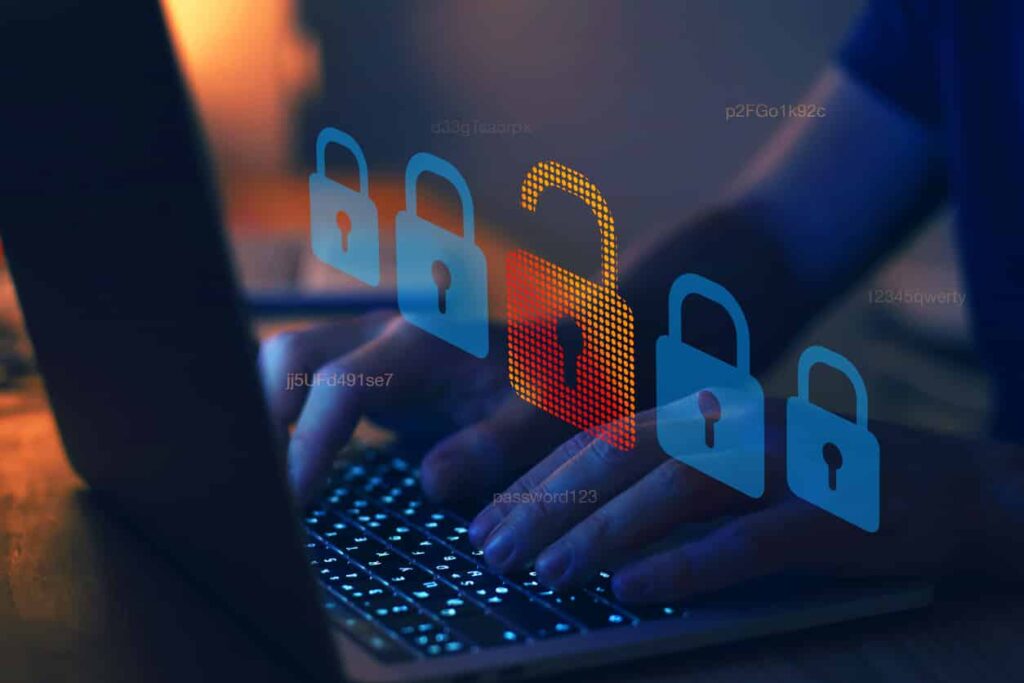 Having Microsoft Defender on your device is better than not having any antivirus at all. Since it’s free and pre-installed, Microsoft deserves credit for looking out for its customers in no small way.

That being said, the pre-installed defense program will likely only handle smaller and older forms of cyberattack.

If Microsoft Defender is going against a trojan method from 10 years ago, your device will be safe. Still, its threat detection systems and databases aren’t kept as up-to-date as other more capable antivirus programs.

Keeping such systems and databases up to date is a critical point here because new forms of malware are being released into the wild all the time. And if you’re getting a malware solution, it should have strong ransomware protection, which Microsoft Defender struggles with.

Good ransomware protection software will give you the ability to rollback your systems before the ransomware incident occurred.

It should also keep a detailed record of how the ransomware entered and spread throughout your systems, thus allowing you to seal any cracks in hindsight.

In other words, your ransomware program should not only protect your device it should also help you learn how to anticipate and block potential future attacks.

While Microsoft Defender has undoubtedly made progress since its early iterations, it’s still not a strong enough defense against sophisticated cyber threats.

Microsoft Defender is a great free solution, but given the damage that can be dealt to companies by advanced cyberthreats, paying for greater protection is well worth the cost.

Your Business Needs More Than Antivirus 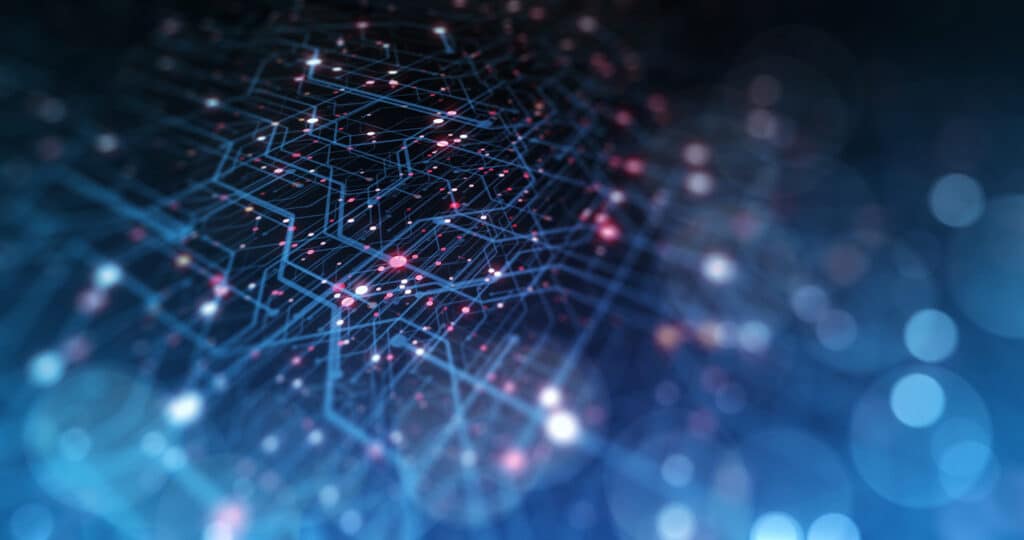 If your computer were the only way for cybercriminals to break in and hurt your business, having an antivirus program might be enough to protect your data and systems, and that’s a big might.

But cybercriminals are creative, and there are other ways for them to breach your data security.

As mentioned earlier, they can use malware to steal, corrupt, or encrypt your files, and the malware that’s out there can attack not only your computer but even your smartphone and other mobile devices.

General internet-of-things (IoT) devices in your business’s office space are also at risk of being hacked by cybercriminals; such cases are actually expected to rise in frequency given that more and more companies are adopting smart tech.

Another avenue cybercriminals take when seeking to breach your business’s security is hacking into public wifi networks that are often used at cafes or restaurants.

Suppose a criminal has the wherewithal to get the right tools. In that case, they can spy on what you’re doing online, monitor what forms you’re filling out, and steal otherwise private information you’re communicating while connected to public wifi.

If you’re unlucky, they may even use that information to upgrade their nefarious activity into a phishing attack, using your business credentials to trick other members within your organization to give up even more valuable data.

Incidents of identity theft described above are increasing, no doubt in part due to the proliferation of remote work worldwide. Unfortunately, antivirus isn’t a reliable way to protect your business’s critical data from threats like this.

This should not come as a surprise, of course. When defending anything of substantial value, a business should employ multiple defense layers to anticipate better and counter various angles of attack.

In the next section, we’ll explore some solid alternatives to Microsoft Defender, but you might even try using some of them in tandem with the program. 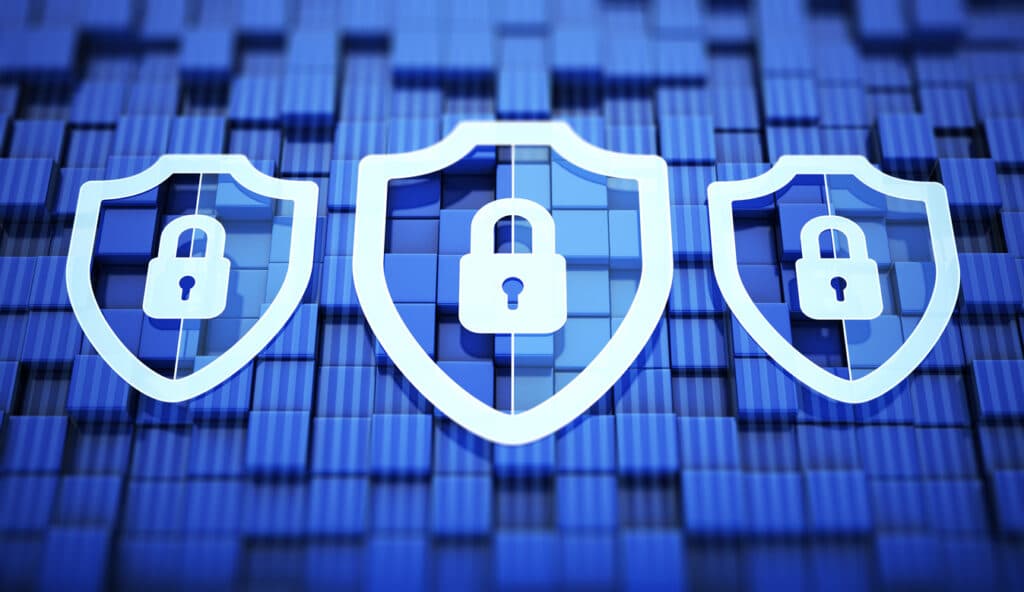 As mentioned earlier, Microsoft Defender is a great starter antivirus given that it’s reasonably comprehensive, pre-installed, and free. But it doesn’t make the cut when it comes to protecting your business’s IT security from sophisticated cyber threats.

There are solid alternatives that you can use instead of Microsoft Defender, such as:

Sophos has been in the IT security business since the 80s, and the sophistication of their products is a good show of their veteran status.

If your business has an IT team responsible for protecting multiple endpoints, this product is definitely for you as it’s capable of defending hundreds and even thousands of them simultaneously.

It isn’t OS-specific, so it’ll work regardless of whether you use a fleet of Macs or a fleet of PCs. It also functions on virtual machines and cloud-based infrastructures. Its protection even covers your mobile devices—and it has its Chrome extension.

Some features of Intercept X’s Endpoint features include:

Traditional firewalls, which are becoming increasingly outdated, aren’t enough to protect your business against data theft. It’s for this reason that your business should opt for an excellent next-generation firewall like Sophos XG.

These types of firewalls are unique for many reasons, including their ability to inspect at the application level, prevent intrusion from more sophisticated cyberthreats, and take advantage of valuable data from outside the firewall itself.

NGFWs are a go-to device for SMBs, especially for those in office environments.

Some features of Sophos XG include:

Email security depends as much upon your security solutions as it does your people.

Standard email security that isn’t able to predict threats before they hit you isn’t going to keep your business safe in the long run, which is why you should invest in more modern email protection services like Proofpoint Email Security.

Some features of this product include:

A Holistic IT Security Strategy

Using any one of these tools will not give you the security level your business needs to stay safe in our modern digital age.

However, when combined with solid business continuity and disaster recovery plans (BCDR) and with consistent IT security awareness training, your company will be more than ready to stop or respond to any threat that comes your way.

When generating your BCDR plans, consider the various scenarios and levels of business disruption that may impact business operations.

Each business will have its variables to keep in mind during this process, but keep at least these situations in mind: How will your company respond to a disruption that occurs on-premise? What about offsite? What about local, regional, or even national disruptions?

When putting together your IT security awareness training, you’ll want to put into specific policy protocols that must be adhered to, such as who has access to specific critical files and who should be reported to in the event of a disruptive event.

Awareness training should be conducted at least on an annual basis, and all new employees should be required to go through the training as part of their onboarding process. 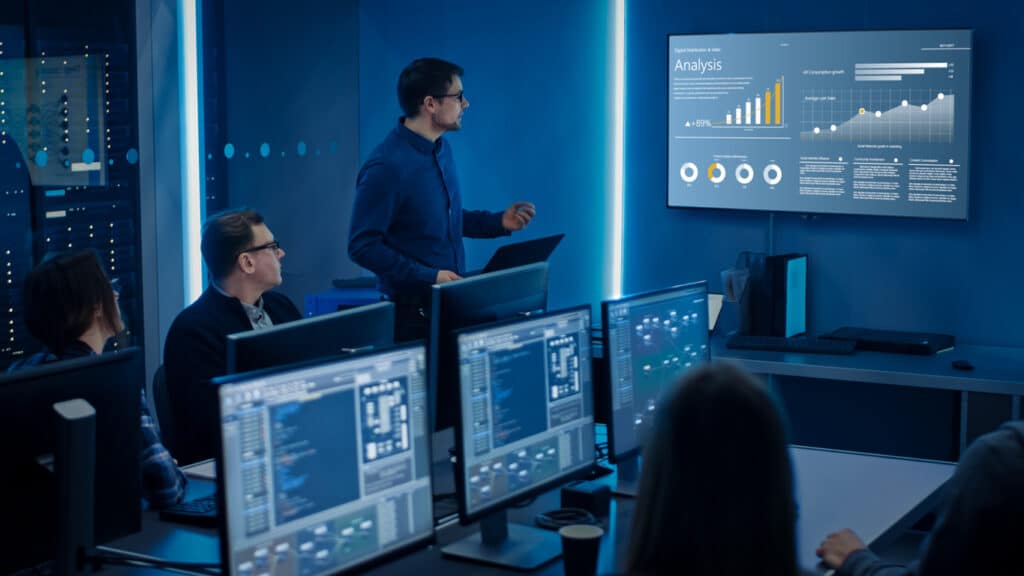 Although Microsoft Defender is insufficient for protecting your business’s IT security, it’s still a good baseline of any Windows device defense. But when it comes to defending your business’s critical data, you’re going to want to go with more than any single antivirus.

When you take a comprehensive IT security approach, you leave little to no room for intrusion by unwanted entities. 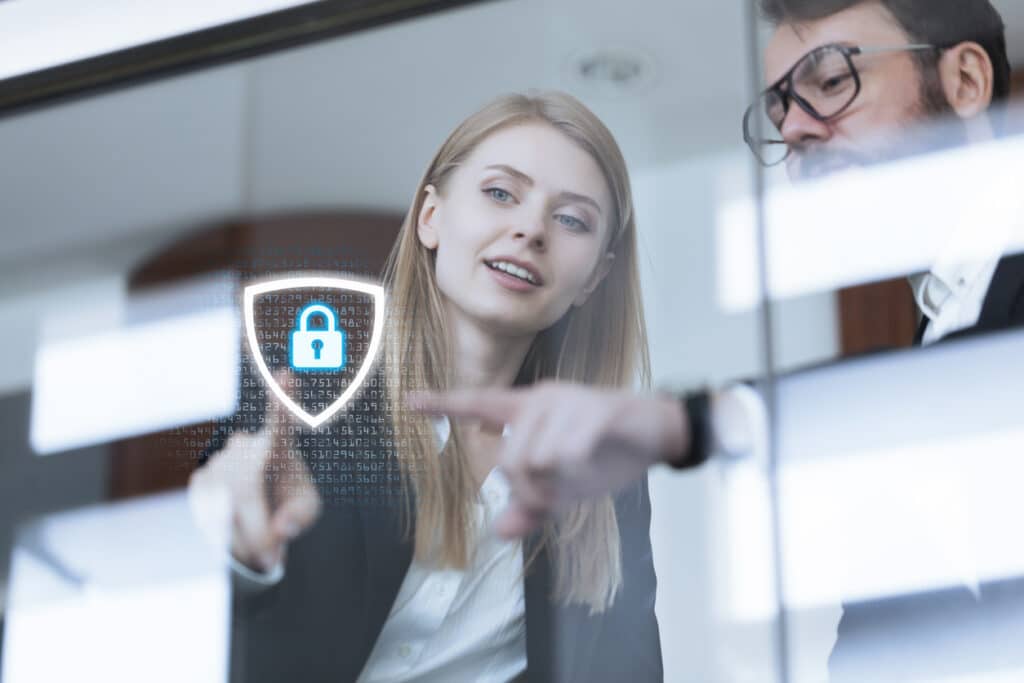 It’s one thing to run a successful SMB; it’s another thing to adequately protect it from the vast number of cybercriminals who want to exploit it for their own gain.

This is why it’s critical to have your own IT staff who work tirelessly to anticipate and deflect unwanted entities trying to breach your systems.

However, not everyone can have a dedicated in-house IT team, so many rely instead on a managed service provider like Commprise.

It often makes more sense to go with an MSP even when you have the capacity for in-house IT staff due to an MSP’s price efficiency, flexibility, and ability to scale with your company’s needs.

If you’re interested in taking IT security’s weight off your company’s shoulders, consider our Managed Security Services.