While electronic data has only been around for a few decades, encryption is a technology that has existed for thousands of years — evolving from simple symbol replacement ciphers used in ancient Egypt, to the Enigma device, to the incredibly complex algorithms used in modern computing.

The advent of Internet communication, cloud storage, and modern “big data” usage by businesses of all sizes has massively increased the need for data encryption as the contemporary business environment has lead to more risk exposure via sensitive data breaches.

By not taking advantage of data encryption and following IT security best practices, you leave your business’s critical information open to compromise through cyberattacks. If such an incident were to occur, you could find yourself knee-deep in a mess of fines, lawsuits, and reputational damage to your business.

The best way to avoid such a headache isn’t to simply purchase the first piece of data encryption software you find on Google, but to learn more about what encryption is and how your business might use it – this is exactly what we cover in this article!

Encryption refers to the process of scrambling information (often called ciphertext) so that it becomes incomprehensible to prying eyes and unauthorized users. With data encryption, you can encrypt data at many levels, including files, folders, external drives, volumes, and entire disks.

Usually, these keys are managed and utilized automatically by encryption software, making the data encryption essentially invisible to the end-user (you, your management team, employees who need to access your company information, etc.).

It should be noted that, although the ciphertext might appears random if you were to look at it inside of a text file, the encryption process happens logically.

For encryption to truly be secure, complex algorithms and keys are used so that cybercriminals can’t simply brute force attack their way into guessing the right key and breaking your encryption.

Data can be encrypted “at rest”, “in-transit”, or both. This can occur while stored on a server or PC, being sent over your local network or the internet, or both.

The two primary types of encryption 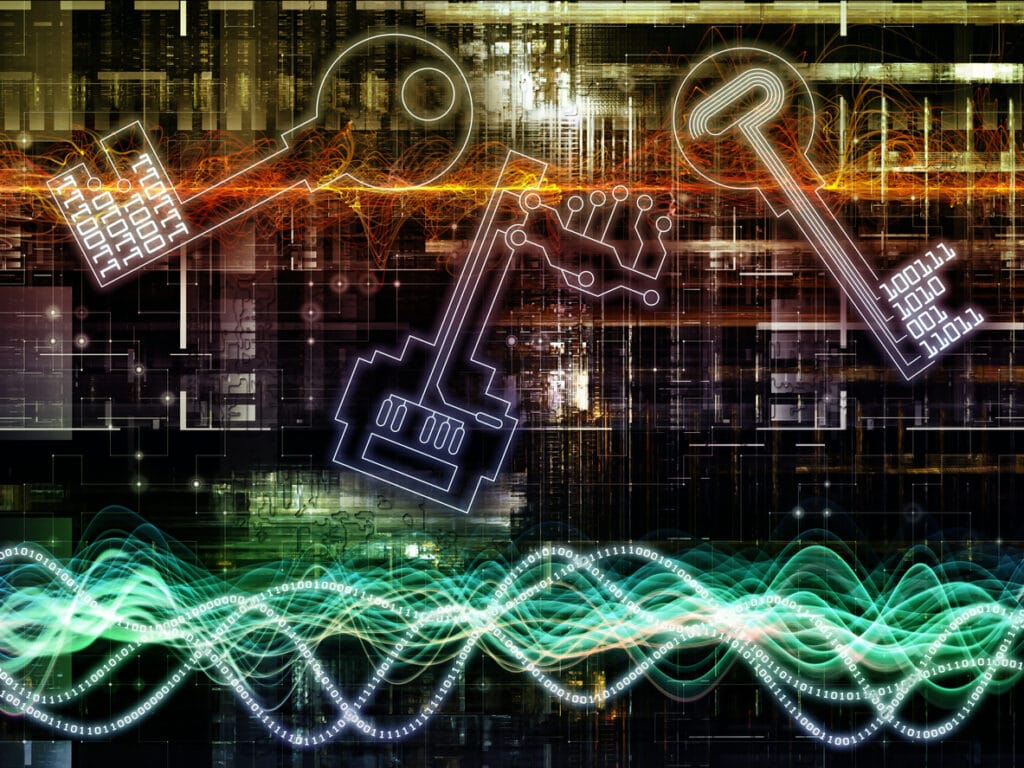 There are two primary types of encryption: Symmetric and Asymmetric.

With AES, encryption keys can be substituted with passwords you create to make encrypting and decrypting data easy for authorized users while maintaining the encryption strength should a malicious third party capture your encrypted data.

While many IT security experts consider AES encryption to be the best method for encrypting files and drives due to its strength and ease of use, if the passwords used for encryption are weak, it’s easy for hackers to crack and thus decipher your data.

How does it work?

It’s similar to using a public mailbox. Anyone can deposit a message into the mailbox if they know its location, but only the mailbox owner has the key to access it and the messages contained within.

With asymmetric encryption, both parties must generate a pair of public and private keys on their devices which are linked to each other. The public keys are used to encrypt the data that’s being transferred, but only the corresponding private key can be used to decrypt the message.

This means that once User 1 sends an encrypted message, no one—not even User 1—will be able to decrypt it; the only one who can do so is the person with the corresponding private key, User 2 recipient of the message. 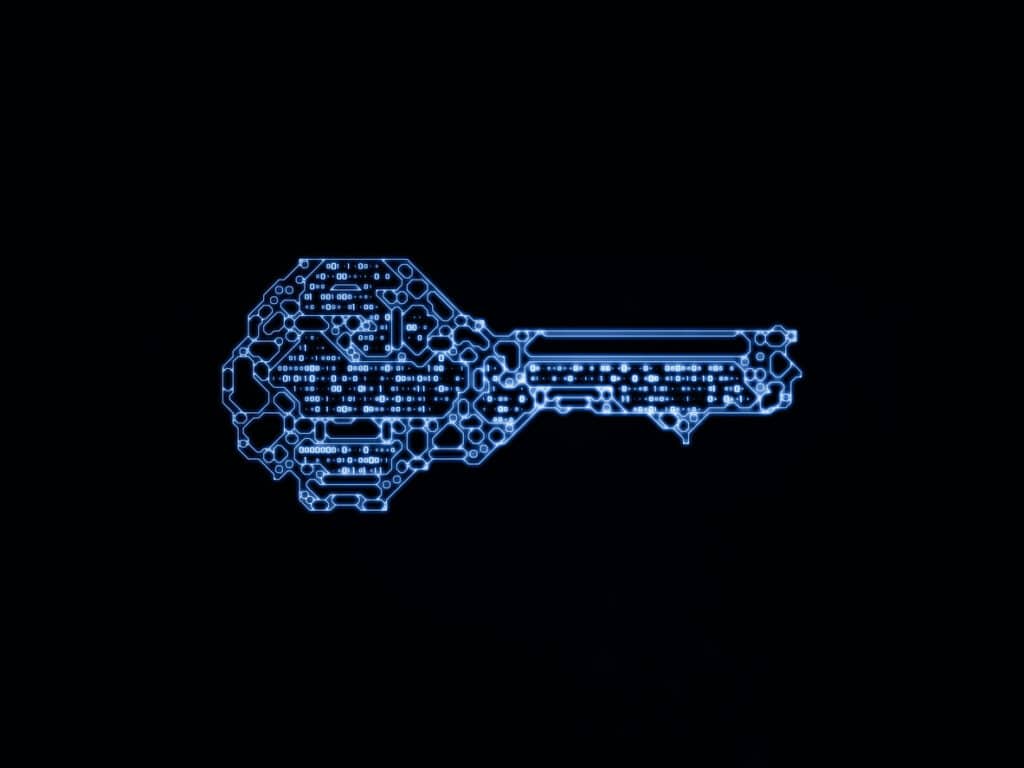 The potential strength of an encryption algorithm key is determined by its length, which in most cases is dependent on the length of the password used to create the key and the types and variety of characters it’s composed of.

The more bits an encryption key, the more secure it is, though that comes at the cost of ease of use (e.g., it’s harder to remember/input a longer, more complex password).

While 128-bit keys are quite strong, most government regulations require that the 256-bit key be used because they are essentially un-crackable. 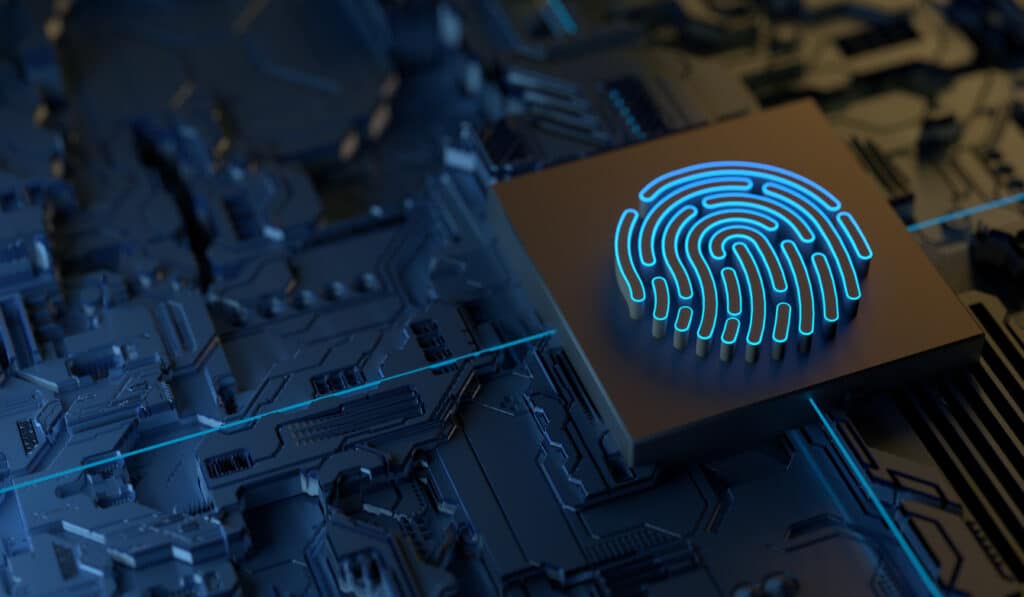 While there are only two main types of encryption, symmetric and asymmetric, many different algorithms are used to encrypt data using one of those types.

The various standards have been developed with different security needs in mind, some of which may be pertinent to your business.

Established by the United States National Institute of Standards and Technology (NIST) in 2001, AES encryption is one of the most widely used algorithms globally.

AES encryption uses three different block ciphers whose lengths are all 128; however, their keys are 128, 192, and 265 bits. AES is a symmetric cipher, so it uses the same key for encryption and decryption.

As far as encryption standards go, DES encryption is considered relatively low-level. In 1977, the U.S. government created this standard, but it’s become obsolete for protecting sensitive data due to advances in technology. It’s asymmetric encryption that only has a length of 56-bits.

This is public-key encryption that’s typically used for securing data transmissions. The acronym comes from the three computer scientists’ surnames who created it, Ron Rivest, Adi Shamir, and Leonard Adleman.

The National Institute of Standards and Technology (NIST) recommends that RSA encryption keys have a minimum of 2048 bits.

When you visit a website, and most of the time, you’ll see a padlock icon to the left of the URL.

This means that the website uses a secure sockets layer (SSL) encryption and has the certificate to prove it. Sites with SSL certificates will also have URLs that begin with “HTTPS://” rather than “HTTP://.”

The purpose of SSL is to maintain secure internet connections so that cybercriminals won’t be able to intercept, read, or modify data transferred between two systems – in this case, your computer and the server where the website is hosted.

There have been multiple versions of SSL, in part because new versions were necessary to adapt to increasingly sophisticated attacks, and eventually, a new version was generated: Transport Layer Security (TLS). However, the SSL name stuck, so it’s still in use today.

Why is data encryption necessary? 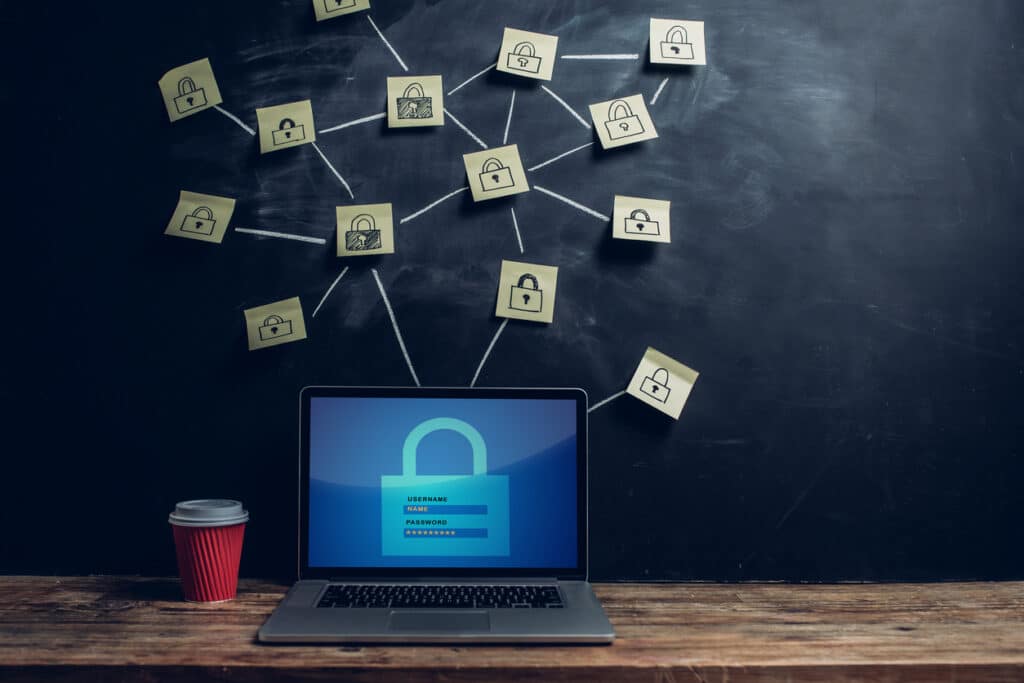 The purpose of data encryption is to maintain the confidentiality of your data regardless of whether it is in storage devices, on computer systems, or while being transmitted through public or private networks.

So long as your data is well encrypted, any cybercriminal who manages to get past your IT security and steal your data won’t be able to decipher it, rendering their loot useless.

With ever-increasing transmission of and access to data over the open internet, it’s more important than ever to ensure critical business data is encrypted in transit and while at rest.

Additionally, some key reasons your organization needs to ensure your data is appropriately encrypted include:

With encryption, no unauthorized personnel will be able to read data or communications in a given system unless they are the intended recipient or owner of the data.

It makes it difficult to deny the validity of a message’s integrity and authenticity.

Regardless of whether your data is in transit, at rest, or in storage, encryption will help prevent data breaches.

Data authentication allows the original location of a message to be verified and can be achieved with public-key encryption, ensuring that the owner of a site is the valid owner and has the private key listed in the website’s TLS certificate.

Data encryption also helps maintain data integrity by preventing on-path attacks, among other things. This type of protection assures that the person receiving the transmitted data hasn’t been tampered with while in transit. 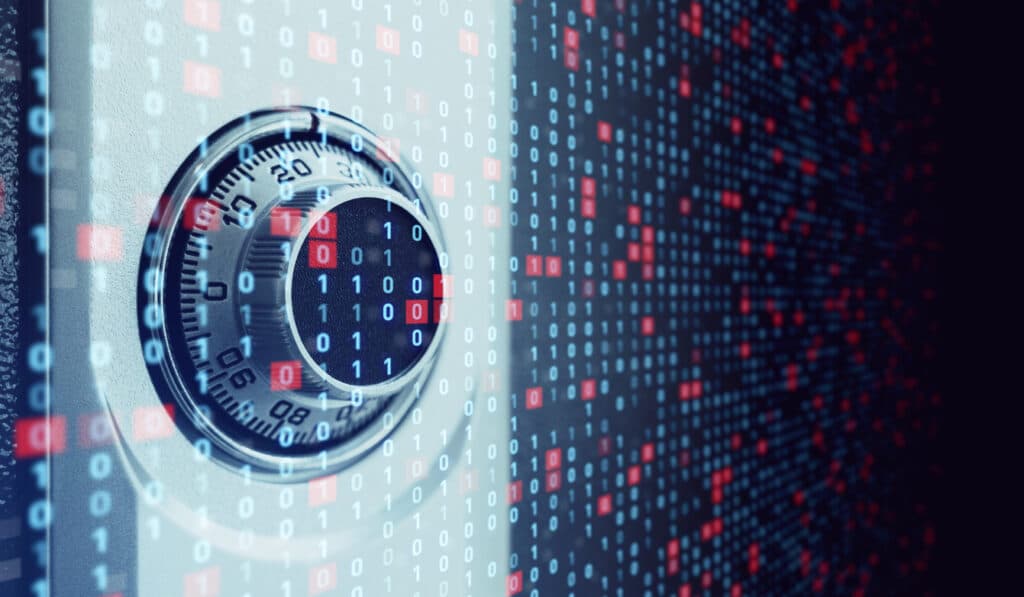 The challenges to data encryption are ever-changing as cybercriminals continue to adapt to modern data security practices.

The most basic and common form of attack against encryptions is brute force, where the attacker tries to enter random keys/passwords until the correct one is found. Brute force attacks almost always rely on automation; otherwise, they’d be too time-consuming.

Alternative methods for breaching encryption securities include cryptanalysis. The attacker hunts for a weak spot in the cipher and then exploits it, and side-channel attacks, where the attacker aims to sabotage the implementation of the encryption itself. 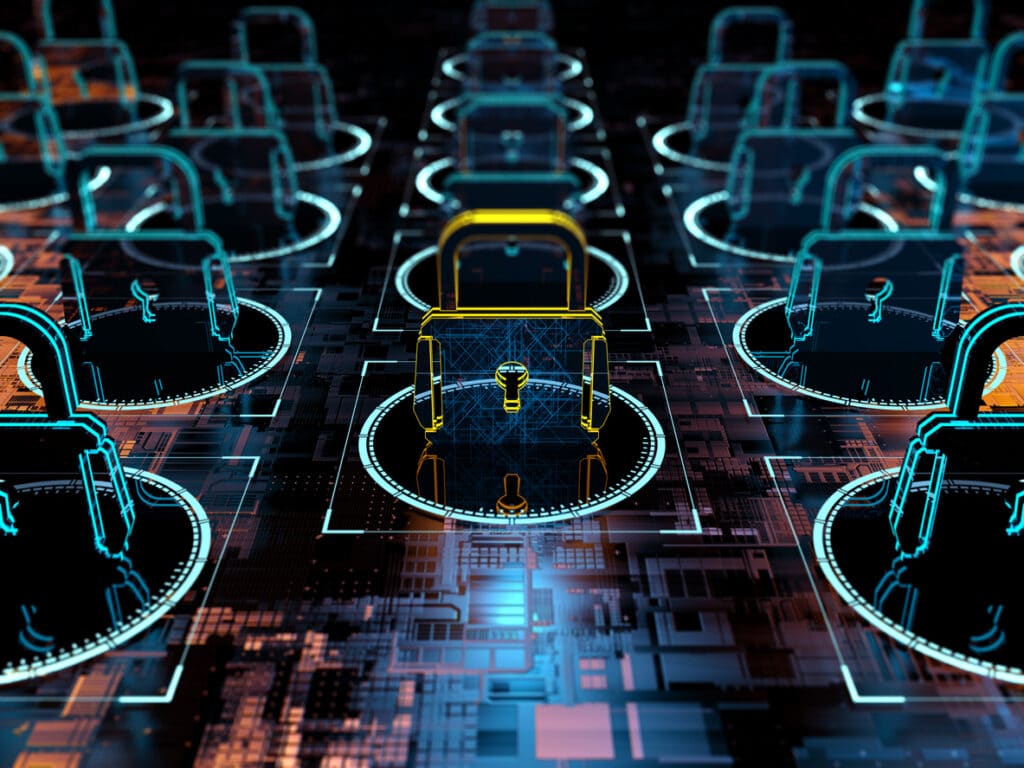 There are three main types of data encryption software programs, all of which are explored below with examples your business can consider using.

Also known as whole disk encryption, this secures data that’s considered “at rest” in devices like your computer or phone. This type of encryption can prevent unauthorized users—even the device makers—from accessing data stored on their disks.

Also known as encrypted file transfer, this protects files in transit from one system or device and another. Even if a cybercriminal can intercept the file, the encryption will prevent them from accessing its contents.

This involves encrypting email messages and attachments so that only intended recipients can read and understand their content. A good email encryption solution should simplify the encryption process and not interrupt the email service user experience.

Encryption is only one part of your IT security 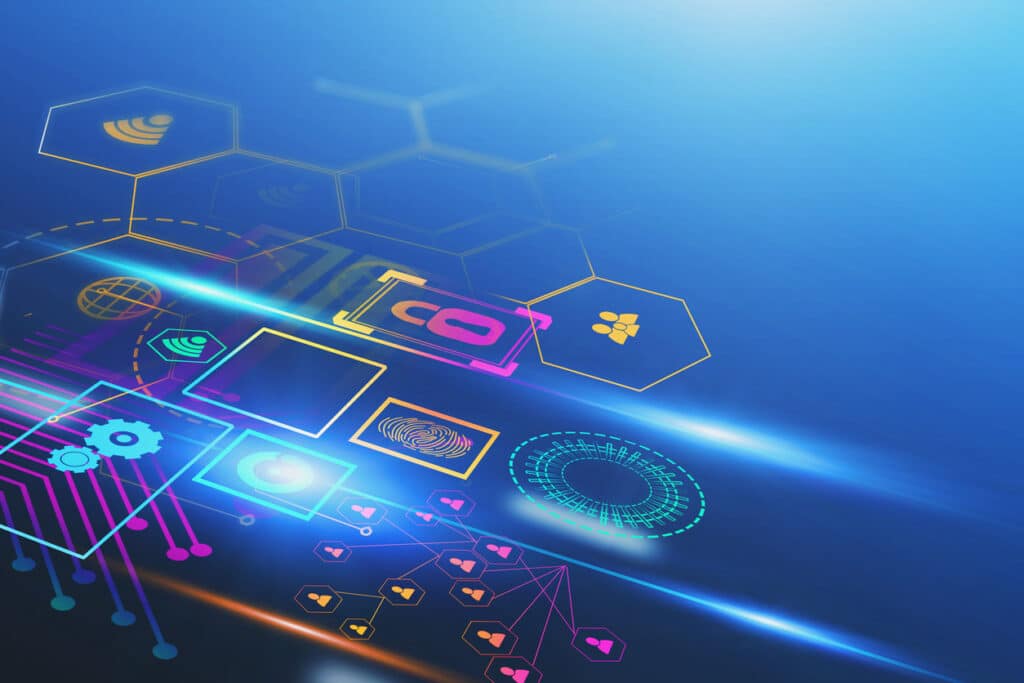 While utilizing encryption programs is excellent for improving your organization’s IT security, it’s important to remember that it’s only one piece of a complete IT security plan.

Your business should have rules, policies, and protocols in place for handling critical data in a variety of situations, whether your employees are on-premise, working from home, or are fully remote. 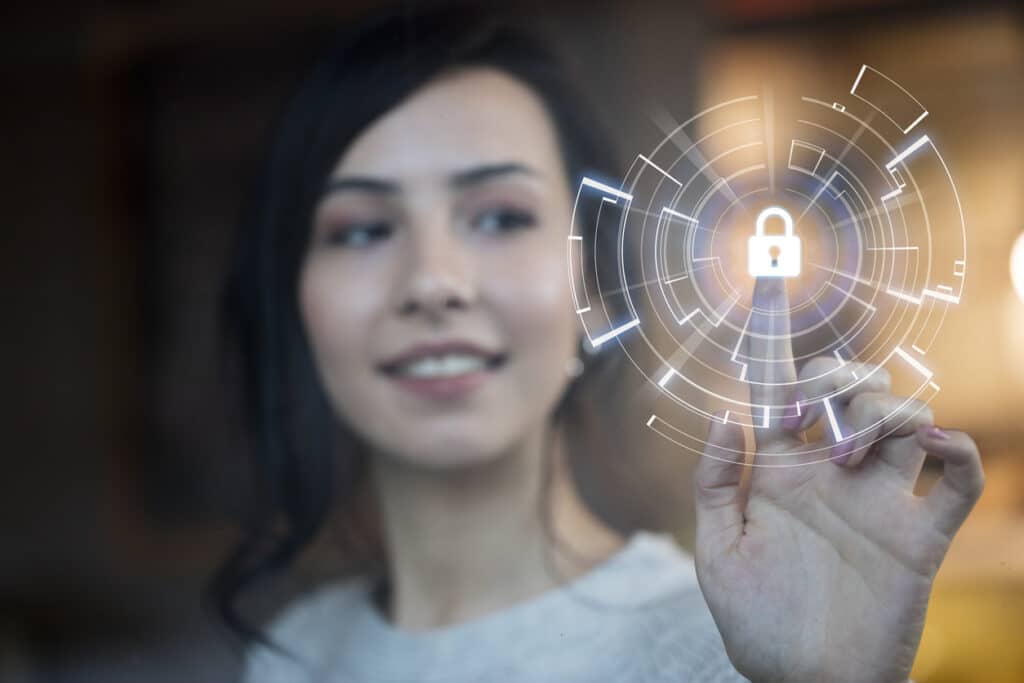 Many individual users need little more than standalone encryption solutions to sufficiently secure their system and device data. Still, SMBs and larger organizations have to think about encryption with their entire IT security strategy in mind.

A good encryption solution should integrate with your systems seamlessly so that it doesn’t take up much mental space, if any; you shouldn’t have to “enter a password” every single time you want to access encrypted data. Such solutions might secure data, but they’re a pain to use.

If tackling data encryption seems too daunting to get a handle on, don’t worry. It doesn’t need to be something your organization handles on its own—the same goes for all your IT security needs.

If you’re unsure which encryption solution is the right fit for your organization, don’t hesitate to reach out to us and inquire about our Managed IT Security Services.

We’ll take a comprehensive look at your current IT security and partner with you to pinpoint which solutions are best suited for your unique business situation.